Another two excellent races and best chances for Audi Sport Italia to win the title, a title in club racing in Germany, a victory in New Zealand and two podiums in China – the Audi R8 LMS in the GT3 version is in top form. At the same time, the GT4 version clinched its first two victories in the DTM Trophy. Customers now also lead five different rankings in European racing series with this racing car.

On course for the title in Italy: In the third of four rounds of the Campionato Italiano GT Sprint, Audi Sport Italia significantly increased its chances of winning the title with two podium results. Riccardo Agostini had come to Monza as leader of the standings with a nine-point advantage and left the traditional circuit on Sunday evening with a 25-point lead. In between, there were three days of hard work: Audi Sport driver Mattia Drudi led the first race from pole position to pit stop in the Audi R8 LMS. The good earlier results, however, earned the team an additional 20 seconds of pit stop handicap time as stipulated in the regulations. Riccardo Agostini then returned to the track in sixth place and stormed forward to third place. In the second race Agostini improved from fifth to third place when he handed over his car to his teammate at the pit stop. This time the grey and yellow R8 LMS had to wait an additional 25 seconds due to the handicap time during the driver change. The 22-year-old Drudi returned to the track and was sixth until a safety car came out. When the race resumed shortly before the end, the talented junior chased up to second place in the only remaining lap of just 5.8 kilometers. He missed the victory by only five tenths of a second and scored 15 points for his catch-up race. While Drudi was absent at the first round of the season due to a clashing event, his teammate scored points at every race. Agostini therefore has every chance of winning the second title for the team of Emilio Radaelli and Ferdinando Geri, which last won the drivers’ championship in 2011, at the finale in Vallelunga on December 6.

Title success for Uwe Alzen: In the Spezial Tourenwagen Trophy, the Spirit Race Team Uwe Alzen Automotive has won the overall title. After the cancellation of the final round at the Nürburgring, the former professional driver Uwe Alzen was equal on points with Ralf Glatzel at the top of the table. The German club racing series awarded the title to both drivers after a decision provided for in the regulations also resulted in a tie based on the best individual results. While Uwe Alzen in the Audi R8 LMS started first in each of the eight races and finished first overall in each of them, Glatzel in a touring car won his class in each round and received full points, too. For Audi Sport customer racing it is the second driver’s overall title of the 2020 season with the Audi R8 LMS after the success of Dries Vanthoor/Charles Weerts in the GT World Challenge Europe Sprint Cup one week before.

Strong end of season: Team IMS finished the South Island Endurance Series in New Zealand with a victory. This was the first victory of the season in this race series for the team, which had been very successful in the past when they clinched the title in the South Island both in 2018 and 2019 with Neil Foster and Jonny Reid. Foster/Reid won the three-hour race in Timaru with a 16.5 second lead. Third place went to another Audi R8 LMS, which was shared by drivers Scott O’Donnell/Andrew Waite from Team Track Tec Racing.

Two podiums in China: Absolute Racing won two trophies at the season finale of the China Endurance Championship. Cheng Congfu and Francis Tija shared an Audi R8 LMS of the Chinese racing team. In the first of the two 150-minute races on the Ningbo circuit 200 kilometres south of Shanghai, starting driver Tija handed over his car to his teammate in seventh place. Professional driver Cheng Congfu improved to third place in the remaining 90 minutes. Gentleman driver Tija also drove the start in the second race and handed over the R8 LMS again in seventh position. Cheng Congfu improved to third place at the beginning of the last hour of the race, when rain set in. The team decided not to change tires. Cheng improved to second place in demanding conditions. Ma Ka Chun is now leading the Audi Sport Asia Trophy with 1,575 points, Francis Tija is third with 1,188 points. 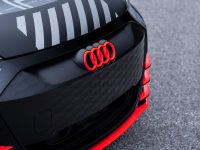 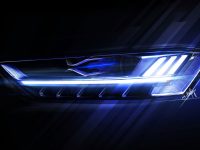 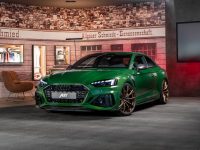